Experimenting with food has been a vital part of my life, which was initiated when I was a child.

Growing up, I spent the majority of my childhood in Marshall Texas, and Jefferson Texas. In both of these areas, most people know how to cook.

I never came across any barbecue that I didn’t like from Marshall, and the food from Jefferson has a southern charm to it that lets you know that you’re in the country.

Furthermore, my dad makes the best beans, my mom makes the best breakfast sandwiches, and my grandmother used to make an out-of-this-world berry pie. Based on this perception, I grew up assuming that everybody from the country knew how to cook.

This view of life made it natural for me to pick up the art of cooking. As my life progressed, I became more fascinated with creating recipes that are not deemed as the norm.

The first time I attempted cooking, I wanted to make a French toast, but I didn’t know the proper procedure for making it.

I was proud of the fact that I made French toast, however, my stomach said otherwise. Let’s just say I spent the rest of that day in the bathroom.

From that day forward, I vowed to become a better cook.

As time went by, I got better with my cooking abilities. My ideology, however, was the more seasoning a dish has, the better.

Don’t get me wrong. I am not skimpy with the seasoning, even to this day. With that being said, cooking involves having the perfect amount of seasoning.

You don’t want to under-season your food.

On the contrary, you don’t want to over-season your food, either.

A meal I cooked during this time period was some packaged tuna. Little did I know I was already thinking outside the box because where I’m from people do not cook tuna.

They just serve it as tuna salad. When I cooked this tuna, the feedback I received was that the tuna have too much seasoning on it.

If I am being frank, you can put all the seasoning in the world on your food. The key, however, is to balance those seasonings out with one another.

Be mindful that the more seasonings you use, the harder it may be for you to use the perfect measurements of seasonings without one or two seasonings overwhelming everything else.

College Life At Kilgore College And The University of North Texas

As a college student, I had luxurious taste buds with “broke boy” pockets. This was a dilemma that needed to be solved, so I did what any college student would do, improvise.

Ovens were not available in my dorm room, but despite this issue, I was able to use an inside grill. I purchased ground meat to cook on the grill, alongside roman noodles that I cooked in the microwave.

When the noodles were done I drain the liquid, add the ground meat with tomato sauce and cheese, then put the food back in the microwave. Before you know it I was chowing down on some delicious spaghetti.

Even to this day I still use that recipe to satisfy my hunger. If you’re low on cash, college on not, I recommend you to try that spaghetti out. We’ll just say that spaghetti is on the Foodzetic.com secret menu.

As I experimented with recipes, I grew closer to achieving the perfect balance for my taste buds, involving the recipes that I created.

I create my recipes based on trial and error, alongside theories from past experiments and recipes that were done successfully. This is one of the many factors that led to my creative development.

Outside of experiments, a portion of this development is due to seeing so many incredible foods from restaurants on social media. Unfortunately, all of these places are located in California or New York.

I accepted that I was not going to try these foods any time soon. On the contrary, that acceptance only applied to not trying these foods out at the restaurants. That has nothing to do with me creating my own recipes that are just as insane as what I am seeing on social media.

Another motivator for creating Foodzetic.com was seeing so many food videos go viral on social media and thinking to myself. “If that can go viral, then I’m sure that I can make something that will catch everybody’s attention.”

With this motivation, I thrive to make Foodzetic.com a place to share my recipes with the world.

Developing recipes and taking fantastic pictures are great, but that doesn’t mean a thing if the food does not taste good.  I always attempt to be the biggest critic of myself so that the thought of growth deficiency doesn’t enter my mind.

Letting Others Taste My Masterpieces

In the wake of moving into a new apartment, I threw a get-together. I used this opportunity to cook and receive feedback on whether my recipes were any good or not.

Indeed, the feedback was positive, indicating that I was on the right path.

This method was repeated during a family get-together and the feedback was incredible. I received compliments on the food all night, and I was made the honorary bartender.

My bartending skills were so crucial that I was serving our neighbors.

Serving people who enjoy your recipes is a magnificent feeling, but what is more incredible than that are those same people being honest with you.

Nonetheless, it gave me the confidence that I needed to launch this blog. My goal is to provide great recipes for the world to enjoy.

Moreover, I want to evoke the thought process of creativity in the kitchen.

Buffalo chicken wings and double bacon cheeseburgers are some of my favorite foods of all time, thus it makes sense for these to be my first two recipes on the blog. 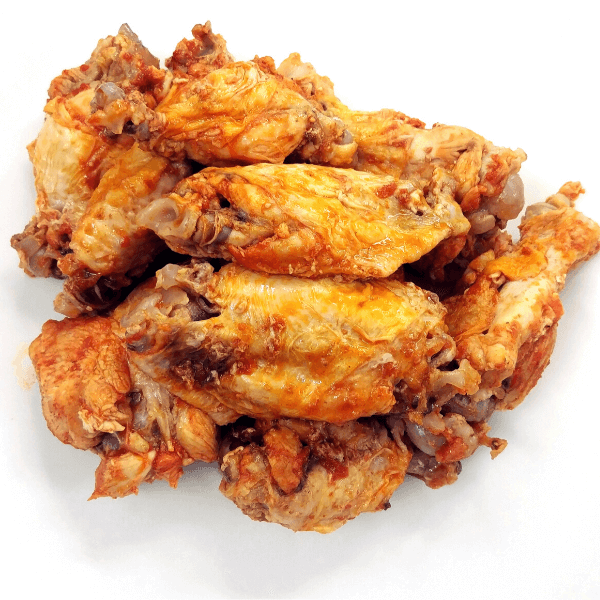 It is a reason why these wings have “fall-off the bone” in their name. With the slightest tap of the finger, the meat elegantly removes itself from the bone. With each bite, the chicken melts in your mouth, creating an exhilarating effect for your taste buds. 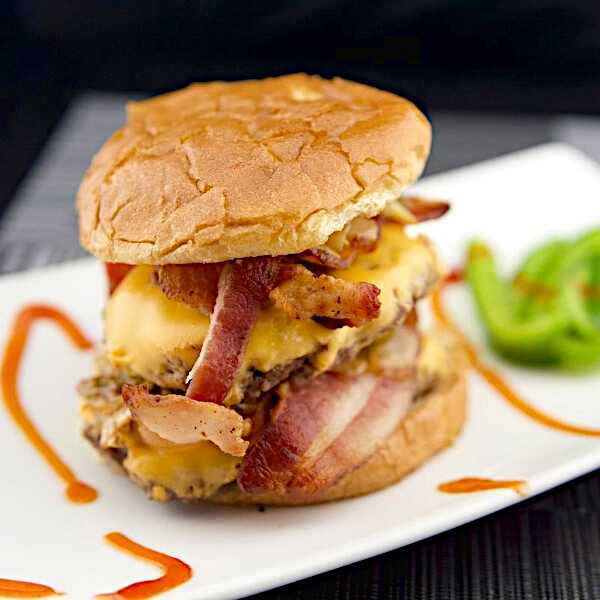 Who would have ever thought that so much flavor could be condensed within one burger? Not me, until I made this masterpiece. The spice that comes with pickled jalapeños, combined with onions, crispy bacon, melted cheese, and ground meat cooked to perfection, will satisfy your taste pallet.

As an outcome of more people trying new things, I predict that more people will come across foods that they will absolutely love. I want to thank you for visiting and taking the time to read my blog. My appreciation is immense, and I hope you stay with Foodzetic.com to see how this journey turns out.

Connect with us on: